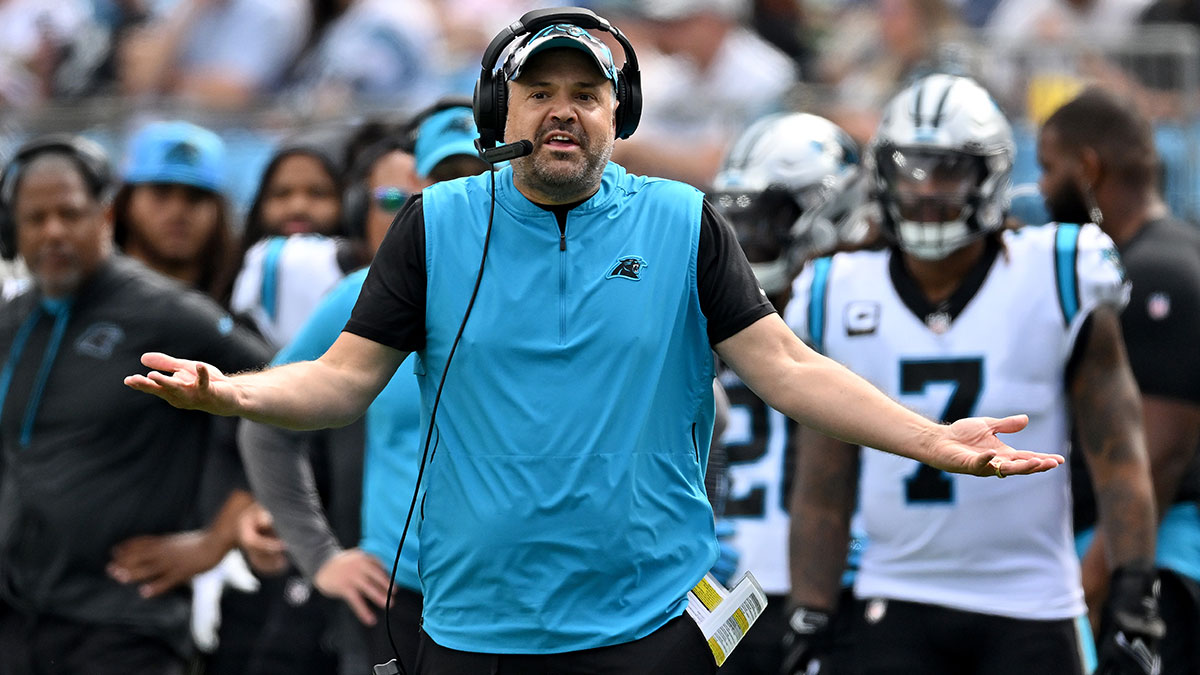 NFL betting trends after a head coach gets fired.

– Head coach firings during the season are among the top NFL betting trends.

– How NFL teams fare after their head coach is fired is surprising.

After a 1-4 start to the 2022 NFL season, which was topped off by an ugly home loss to the San Francisco 49ers, the Carolina Panthers decided to part ways with head coach Matt Rhule. It was the first head coaching change of the season.

In today’s NFL, the “win now” mantra is greater than ever. Franchises want to win and they want to do it quickly. Rhule had great success building winners at the college level. He turned around a Temple program where he went 10-4 and 10-3 with a conference championship in his last two seasons there.

From there he went to Baylor where he went 11-3 and earned a berth in the Big 12 title game in his third year. His third season in Carolina wasn’t as good and now the Panthers will move on without him for the remainder of the season.

That brings up an interesting question. How do NFL teams do in the first game after having fired their head coach? It’s a difficult time when a coach gets let go. It can have a great impact on an organization.

Some teams have fared better than others, but here’s a look at what has happened since 2003.

RELATED: HOW TO WIN YOUR FIRST NFL PARLAY BET

Since 2003, 32 teams have fired their head coach at some point in the middle of the NFL regular season. Because of the “win now” mentality, head coach firings during the season are among the top NFL betting trends.

In the game following the firing, those teams have a combined record of 15-17 straight up and 17-15 against the spread. One would think that teams that fire their coach are usually pretty bad. They would probably lose more often than they win, which has been the case. What’s interesting is that these teams have covered the spread more often than not.

A winning percentage of 46.9% may not seem very impressive, but if you take into account the teams’ records before the head coaching change you’ll notice something. These teams had a record of 84-229-2 before the firing. That’s a 26.8% winning percentage. To win nearly 47 percent (15 of 32) of their games after their coach being fired is interesting.

As mentioned, since 2003, teams firing their head coach have a 17-15 record against the spread. That equates to 53.1 percent. Prior to the change in coaching, the teams had a record of 116-193-5 against the spread (37.5%). Again, this tells us something about the coaching change and its impact.

As mentioned, most NFL teams that get rid of their head coach in the middle of the season are not particularly good. The 2021 Raiders were an exception to the rule because of the circumstances surrounding the removal of Jon Gruden as head coach

Gruden actually resigned from his post as Raiders head coach. The reasons go beyond the scope of this post, but it’s important to know that he and the Raiders had a record of 3-2 at the time of his resignation. A record of above .500 is not usually the case in these circumstances.

Now, in the very next game after the firing (or resignation in Gruden’s case), these teams closed, on average, as a four-point underdog. That gives you an implied probability of winning of around 35 percent.

These clubs, on average, closed as underdogs by four points, which implied a win probability of around 35%. If you do the math here, you will find that using that implied probability, these teams should have won 11.2 times in the game after their head coach was fired. In reality of course, the number is 15.

This means that they have approximately four more victories (15) than projected (11.2) the first game after the coach is fired.

What Does It Mean?

There are a few outliers, and that can tend to make some of the analysis misleading. The sample size here (32) is relatively small as well, but still there is what seems to be a positive increase in the level of play after a change in the head coach. That is information bettors can use to win more NFL bets.

The big question, of course, is related to why. It’s possible that the improved morale in the locker room has something to do with it. In many situations, the impending firing is coming and its attention in the media is a distraction. Once it happens, that distraction is eliminated and teams can go on about their business.

It can also be related to positive changes implemented by the interim coach. Guys that take over midseason often don’t feel as much pressure. They are also in a situation where they are kind of getting their own job interview. Whether it’s for their current team or for another, an interim coach has a lot to gain by having the team perform well under his leadership.

Interim coaches have the ability to give their opponents new looks that they haven’t seen before. Teams can surprise their next opponents with all sorts of different strategy and scheme changes. They aren’t wholesale changes, but some new wrinkles often excite teams, and they end up playing better.

Going back to the beginning of the article, remember that these teams that fired their head coach had a winning percentage of just 26.9 percent. After the coaching change, teams won 46.9 percent of their games.

Whatever the reasoning, there are some teams that have fared very well after letting a head coach go during the NFL season.

After taking over for the 2-5 San Francisco 49ers in 2008, Mike Singletary led his team to a 6-3 record overall. His Niners also went 5-4 against the spread.

In 2010, the Dallas Cowboys were 1-7 when Jason Garrett took over for Wade Phillips at midseason. Garrett went 5-3 SU and ATS over the remainder of the season. Like Singletary in San Francisco, Garrett then became the head coach in Dallas the following season.

Gregg Williams also had success with Cleveland in 2018. The Browns fired Hue Jackson after a 2-5-1 start. Williams went on to go 5-3 SU and ATS

Since 1990, teams that fired their coach in the middle of the season had an ATS winning percentage of 48% in the remaining games of the season. Although that is an improvement over the ATS record that existed before the modification, 48% will still put a dent in your bankroll.